You are here: Home / Travel / The Brooklyn Archive

Steve and I moved to Brooklyn in July of 2009 to a tiny, hot, and gross 1 bedroom apartment on the border of Bensonhurst and Borough Park. We were escaping our poor decision to spend a year in North Myrtle Beach, SC (long story) and so we took whatever spot our poor-ass selves could afford.

We spent a year and a half in that apartment, eventually moving on up (in a way) to a lovely-ish 1 bedroom apartment in Bay Ridge, which is across the Verrazano Bridge from Staten Island. Bay Ridge has its own sort of charm, of being a neighborhood that was very quiet, which was probably due to the fact that it was so far away from the City.

We left in November of 2016, escaping for semi-retirement in Upstate NY, away from the hustle, the feelings of being on guard, the frustration.

And yet, some of our best times are in between the lines of these recovered photos. I ripped them from a long-defunct Instagram account (that thankfully I never made private) and felt compelled to bring them here for posterity. Some aren’t the best quality, but like NYC they hold a certain charm that I can’t help but smile when I look at them.

Steve and I were married in Brooklyn City Hall in February 2010 during an apocalyptic blizzard. Our witness couldn’t make it because of the LIRR so we were left to fend for ourselves, coming upon a lovely couple who were from the Islands and were just getting their marriage license. I wonder about them sometimes; I hope they’re still together and tell the story of how they got to be witness to the wedding of some weirdos in a snowstorm.

I get asked by people here if I miss NYC and it doesn’t take me long to answer: I miss the ability to walk wherever I wanted to go. We didn’t have a car until we moved here, so learning to drive regularly again was anxiety-inducing for sure. But otherwise…we had our time there, it had its ups and downs, but that was a different phase of our lives. Now we’re here, we have an abundance of space, pets, and stamps in our passports. Having to drive to our favorite Indian restaurant instead of walking a few blocks is a fair trade-off, I think. 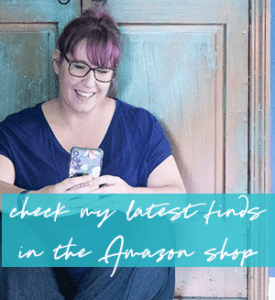 Lucky to be with a husband who can appreciate a fr

I am PUMPED to let you all know that I've partnere

My Mom got me a set of towel turbans from @nicolem

Lately I’ve been reading a book recommended to m

For my family, Florida Hanukkah and Christmas cele