You are here: Home / Travel / How I Do Fancy Travel: The Credit Cards
Affiliate Links

I used to be TOTALLY against paying yearly fees for credit cards, but that was before I actually used credit card points to my advantage. The two main types of points are the Chase Ultimate Rewards and American Express Membership Rewards systems. I use a total of three different cards that work in these ecosystems: American Express Platinum, American Express Gold, Chase Sapphire Reserve. Here’s a quick run over of why:

American Express Platinum – the heftiest of all membership fees ($550/year) BUT I find the advantages to be well worth the price. There are a ton of benefits, but these are the ones I use the most:

American Express Gold – This one has a $250 fee, and I was thinking of closing it for a while, but I think I’ll keep it if for only the ability to earn crazy amounts of Membership Rewards points through normal spending. These are the benefits I use, though there are way more:

Chase Sapphire Reserve – this one has a $450 yearly fee but is my knight in shining armor when it comes to perks.

In addition, I hold a Marriott Bonvoy Business card (was formerly the SPG business American Express). I almost dropped this card because of the status perks downgrades and the increased yearly fee ($95 > $120), but holding this card gets us 1 free night at Category 5 and below Marriott properties + 15-night credits towards Platinum status. This means we need to stay 35 nights at a Marriott to achieve Platinum, rather than 50. At first, I balked at that because who is staying at hotels a month a year? Now, it’s us…we are starting to become those people.

I also have a United Mileage Explorer card from Chase, but I think I’ll probably drop that as we just end up moving credit card points over to them.

For my business, I have a Chase Ink Preferred card which I also use to accumulate points. The perks to this card make it my primary go-to for business purchases:

Cards I’ve had but gotten rid of:

Delta Platinum – I got it for the companion certificate that gets doled out once a year, but there are so many restrictions that it ended up being less of a value than anticipated. I don’t care about the checked bag waiver as I either use that

United Business card – got this for the sign-up bonus, then downgraded it. Don’t need to have all of the United cards, all the time.

« How I Do Super Fancy Travel on a Tight Budget
How I Do Fancy Travel: How I Use Credit Card Points for Free Travel » 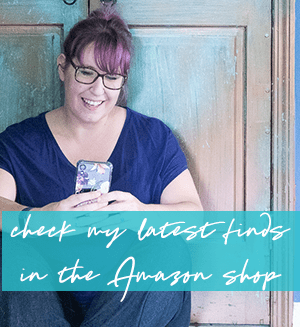